The IIRP’s new Representative for Latin America, Claire de Mézerville López, from San José, Costa Rica, comments, “We come from a very punitive culture here and we need to build peace and repair harm. The natural response of too many people is to be vindictive and to punish when harm was done. On the other hand, the Restorative Justice Program by the Ministry of Justice, headed by Magistrate Madrigal, has been very effective, proving that this is not just theory: it works for everyone involved.”

The original restorative conferencing training received by the Restorative Justice Program was conducted by IIRP Latin America, and the conference script used in the program is based on the IIRP’s Real Justice conference script, which provides a format for bringing together victims, offenders, their families and respective communities of support to explore the harm caused and ways to make things right.

An article in The Costa Rica Star newspaper, “Costa Rica’s Restorative Justice Successfully Rehabilitates Over 3,500 People” (June 2, 2017), by Wendy Anders, reports on this program: “The nationwide program has linked its efforts to all sectors of the government as well as private and civic groups, and its work to rehabilitate adult and juvenile criminals over the past five years is reflected in a 96 percent effectiveness rate among the 3,542 individuals who participated in the program.” Anders quotes Magistrate Doris Arias Madrigal, the program’s coordinator, during a 5th anniversary ceremony: “The progress achieved in juvenile criminal matters is vast, and what we seek is social peace, the rebuilding of the social fabric, and … social progress.” 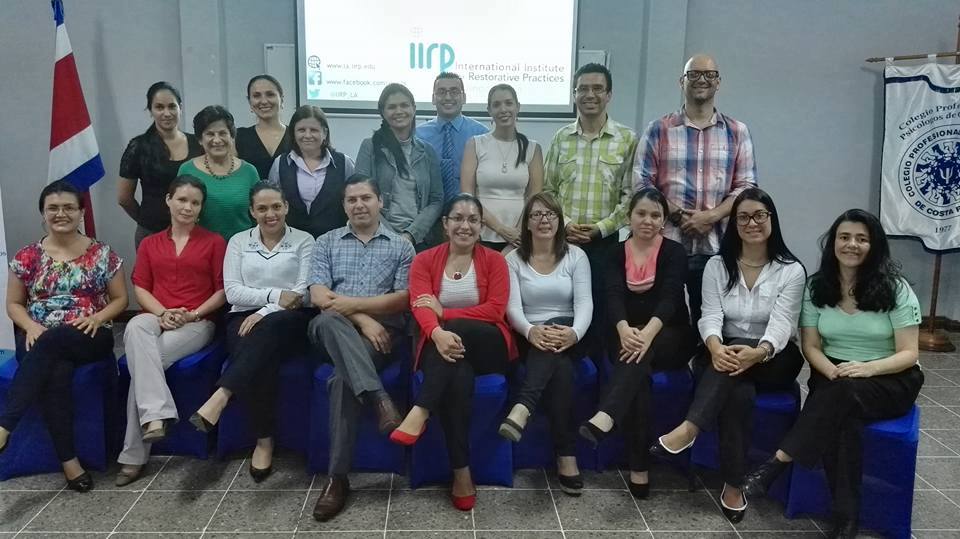 Training with Costa Rican psychologists from the Center for Conflict Resolution

In addition, the Costa Rica Ministry of Justice was recently awarded a one million Euro grant by the European Union to strengthen its Restorative Justice Program and support similar programs in Mexico and Colombia. And as IIRP Latin America’s Representative, de Mézerville recently attended an event about another project directed by Magistrate Arias and the Costa Rica Restorative Justice Office called “Access of Justice to Youth with Drug Problems,” for which IIRP Latin America provided training in 2015.

De Mézerville was trained as an educational psychologist and has been an IIRP licensed trainer since 2011. As a professor at the University of Costa Rica Faculty of Education, de Mézerville has been working to incorporate restorative practices in the curriculum for all teachers and has fostered a culture where faculty are implementing the systemic use of circles in their university classes. 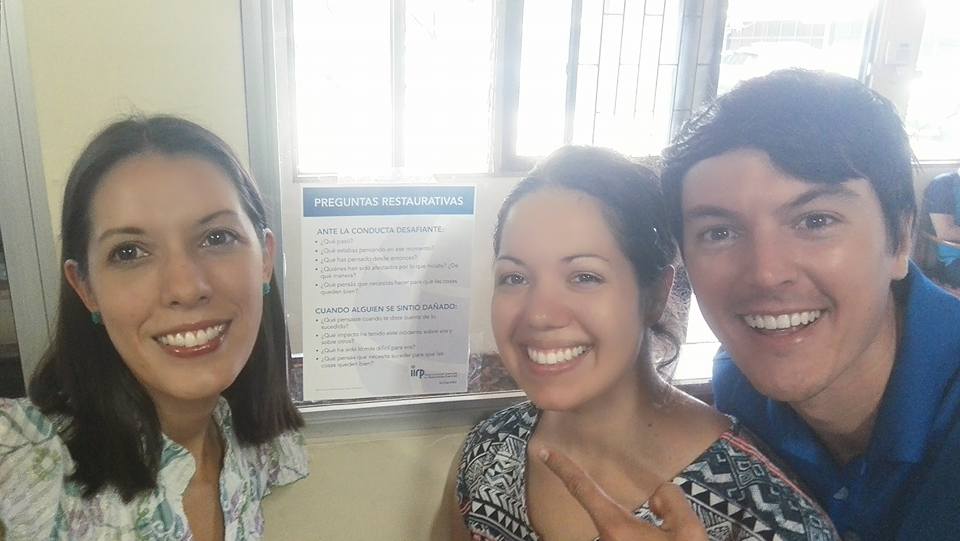 Tello pioneered the use of restorative practices in Latin America, bringing IIRP trainings to Costa Rica and the region starting in 2006. As a new member of the IIRP Graduate School Faculty, Tello will teach the online course, Restorative Justice: Global Perspectives. And as director of the Strachan Foundation, a charitable family foundation that has allowed Tello to provide restorative practices training to interested nongovernmental organizations throughout Central America, he will continue to provide support and training.

This summer, Tello will begin offering online professional development in restorative practices, delivered in Spanish, to teachers from Guatemala City, with funding from the Strachan Foundation. He is also exploring a partnership with Universidad Javeriana, a Jesuit university in Cali, Colombia, to offer restorative practices training that will be incorporated into their master’s degree in restorative justice.

“I am excited that restorative practices are gaining momentum both in criminal justice and in schools,” comments Tello. “Restorative practices is no longer a strange concept, but rather one that more and more people in Latin America are seeking out as a way of life.”

“Latin America has been acquainted with restorative justice for some time now, but we need to make the shift from seeing this as just what we do when harm and conflict have already happened,” adds de Mézerville. “Our schools and communities are realizing that a restorative culture is about empowering people, where everybody has a voice and a deep sense of belonging.”

This is a dramatization of a restorative dialogue, initiated with an affective statement and guided by the restorative questions.

Sign up for IIRP News to receive periodic, hopeful emails (in English) that include news and announcements about the growing field of restorative practices.